It has been raining heavily the last few days- north east monsoon winds set in. My mother could not take Anush for the Nalandaway events due to this.

But we have had bonus holidays from school- Friday and Today have been declared off.

Unlike with Anush (I was forced to go on a 2 hour outing without her only at 3 months) went without Aditi to the restaurant Sampoorna in Velachery.Better opt for home delivery or take away if you go at peak time. The food was good and really fresh and wide in terms of variety.

She has also begun on origami with Navy, who is very patient and adept at it unlike me. Pics will follow shortly.

Aditi had her review and a couple ofvaccines and was a really brave kid. But the pain surfaced later at home when I had guests from office to see her. She is good now.

I have just embarked on Two States by Chetan Bhagat.

Anushisms
Anush at breakfast "Mr. Superman is coming here"
Navy came in. "See Mr. Superman amma"
I confirmed with Navy and found that he had NOT coached her to say that. Anushka is slowly beginning to worship Navy in terms of his physical ability and thinks he can trapeze like the artists she saw.

Anush- " Aditi and me are only going to be superheros when we grow big"
"What do super heros do?" I asked
Anush- " They lift mountains and fly in the skiy and eat breakfast, sleep and then go back to fly"

Me" Are you getting susu Anush?"
She said "Moochaa- that is susu in malyalam!!"
This led me to teach her to say " I need to use the restroom"

Our global head is in town and I have been requested to join up trow for dinner. I never thought I was that important ... and here is Anush adding her two bit on the subject-
"If you go to office, then who will give dhudhu to Aditi? She will get angry na?" 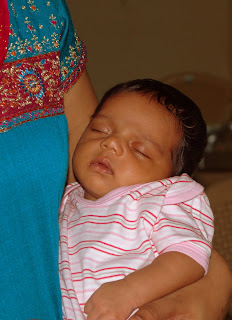 Oh how adorable...Anushisms are such a pleasure to read...I always look forward to that in your blog..and now Adittys...wowowo! Double fun :)

Lol at adittys! so uncomplicated na?...all those coos and gurgles.

Yeah, the Magic School bus is so much fun!

Thanks for the tip - the books sound interesting! I like how I always learn something new everytime I visit your blog :)

Additys are so cute - I miss that age :)

I love her talking so much :)

What a cutie pie..so how many languages does Anush know?? I am waiting to teach different languages to Punch

awww at adittys....she is super cute and cuddly :)

i wasnt able to take kaju to festival too....rains + sami not being well :(

I am a fan of Anush.

wow !!!
another one of those so much in one post .. well and truly amazed again.
I have got hold of 2 states too.. but reserving it for a holiday coming up.

poppy- u flatter me

We missed the Nalandaway too - wanted to go on Sunday, but stayed back. We're still hoping to catch up at Kalaksetra - let's see.
I just finished Two states :)
The superheroes' routine sounds so interesting :D