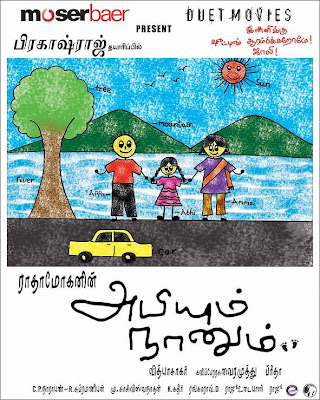 Saw this movie with my mother and Anushka. The film is about a father who tries to grow up
as fast as his daughter does.
Really nice feel and the casting is very apt. Incredibly moving in parts, endearing in some and hilarious due to Prakash Raj's comic timing and some dialogues.
On the negative side it was:

Good review. Exactly the same what I felt after watching the movie. You seems to have an eye on details. Among the slip ups mentioned, I noticed only the first one.

:) heheh the slip ups were good :) I havent seen the movie.. which language is it in?

the slip ups are too good

Good Blog, I think I want to find me, I will tell my other friends, on all!
aoc power leveling