The Chennai Chronicles- I -The beginning

And now for something I warned you about ....

It all began in 1999... no in fact early 1998....a young lad in MICA was tense. Most of his class mates had been placed. He was the "Studbhai" of the class and somehow had not yet landed a job of his choice. He was finally placed with the leading English newspaper of the South and came to Chennai. His tremendous rise there is a wonderful story in itself. Maybe some other time.

Back in 1998, his girl was placed on Day One in a job in Mumbai where her parents dwelt. It was also the city of her choice.

But the lovebirds, at least the female one, could not stay apart for long. Since the girl found a job easily in Chennai, she decided to move places. ( So my feminist friends need not question the move) They got married in 1999 mid year and began playing house in a 3rd floor flat in T nagar. First mistake.
I mean - NEVER ever opt for a flat which has only a terrace above in Chennai. Irrespective of all the weather proofing, trees around, nice view, place to dry clothes, private terrace.... claims made by builders/ landlords.....Even with an AC the heat will kill you.

Art cursed Chennai every time she ventured out herself -all through the first year- the weather and the transport sucks she said. You see they did not have a car then and she relied on the maddening autos of Madras.

And yes, another grievance was the water- so salty that it took its toll on all the fittings in a rather house proud Art.

It was to be a temporary move to Chennai, since neither Art nor Navy had roots here- he being from Bangalore and she from everywhere and among them -most of all- Mumbai.

It is pouring!!
We learn so much from the incredibly talented bloggers who contribute to this blogger's contests and have tons of fun with the tasks from this blog. It is an added bonus when you get awarded for it!! Thanks a lot!! Anush is pleased and said " Trow, I want to say Thank you to this computer aunty." 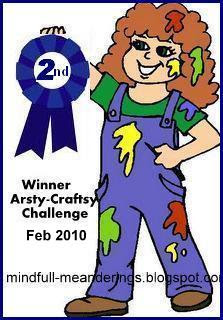 And thanks some more for the other award! That is really sweet and generous of you Shruti. 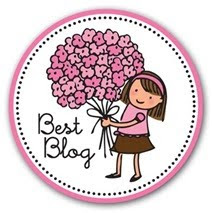 this is strange....can anyone explain- i see K's comment in my mail alert and the no. of comments on the post says 1 but i cannot see the comment here!!

Congrats Art.
you deserve the award.
I am getting excited about chennai chronicles. eagerly awaiting the next part.

I can see the comments and your response... must be some temporary problem.

Looking forward to the next instalment :) Congrats to Anush! So Navy is/was a B'lorean!

anon- no nothign like 2 states... it is not about teh art- navylove story it is about the chennai- art love story