Show me some Drama! 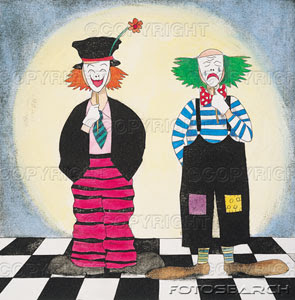 Pic coutesy google
Choxbox's post which mentioned children's theatre or the paucity of it triggered this post.

As a child I recollect attending a play in Delhi with a lot of puppets in it and one in Mumbai's Prithvi theatre. That is it. At school we had monthly skits that we, as students, would stage- you could never have one without a moral. Possibly had something to do with being in a convent school?

I waited to be an older teenager to start watching plays with my folks- devouring everything from Khel Killaya to Love letters.
In Chennai it is possible to get tickets to plays even last minute and we have watched quite a few. The Metro Plus theatre fest has made world theatre accessible as well- whether they are the best of the world is an entirely different matter.
Now back to Children's theatre

With nautankis and folk theatre ranging from shadow play to puppetry, hari kathas to dance dramas, I am sure we are a nation steeped in children's theatre.

From the theatre personalities side we have a few big names who have been striving to promote children's theatre- Kamini Kaushal, Arundhati Nag, Ashish Gosh, Prema Karanth . . .

This note by Anant, a visionary theatre group founded by Ashish Gosh, captures it really well-
" We have found that real children's theatre is universal in appeal, reaching out to 'the child' in all of us, and not only to the biological child. We have known that this 'child' in us seeks a secure space to come out in the open, transcending the barriers created by the ‘adult' world. Here there is no sermonizing, no patronizing, no moralizing..............."

Alliance, Vanilla Place, Alchemy,Sankalp, Pavai for Puppetry, Katha, Dakshin Chitra and Hippocampus organise children's theatre/ puppetry and the like once in a while.

Bhawna in Chennai goes a step ahead and special children mingle with " normal" ones to create inclusive theatre.

Anant is based there and so is Rangshala though the webpage needs updating.

Rangshankara's Aha for children also seems pretty active . It is where choxbox visited as well.

Blore hosted the Rainbow Children's Theatre Festival which is for older kids and teenagers and began a few years ago. NSD organised it. Not sure if it is still on.

Time for choxbox, artnavy, ro, minka, mama mia...... to join in. After all what is the point of theatre without a receptive audience.

And don't miss checking out this story teller in Bangalore- got there through blogeswari (based in Mumbai) who I think may be a good resource for inputs on the above.

The new masthead is out of the world, great taste I say. Anush as usual strikes stylish pose.

and here's a link I came across


blogeswari- i knew i could count on you

just one thing - children's plays don't usually have child actors as far as i have seen. even in this one (magic drum) there was just one child in the cast.

btw in our complex they do put up skits every so often, the most recent being during the ganesha festival. my kids had a total ball.


nit-picking done, totally agree that our culture i seeped in this kind of stuff. so many possibilities exist. and finally i really think we should all move into the same neighbourhood!

chox-
we do very christmassy skits at my apartment

other than that it is bollywood and kollywood that rule

unrelated to the post - I love your blog header. Is that a mural in your house?

he does not seem to mind the multitude of clothes that adorn adorn balconies!!

I know Prithvi does theatre workshops with kids as does Raell Padamsee...

Not too much that I know of in terms of theatre watching options for kids. Recently, Noddy was touring the country and we did go for that but that was an international play, cast