Of Nilgiri and Blue Mountain Rail

The Nilgiri Mountain Railway conjures up a lot of romance of the bygone era.
The incline makes the train reverse a bit before it progresses in the forward direction.
This led to some amusement among the kids since I had been telling them we would be going in a certain direction and the train went the opposite way to begin with.

We loved the ride ....till the crowd filled in. 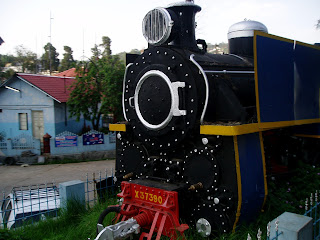 Also could not help wonder if it can be better maintained if the train fare were a little higher.
It cost us just around 3Rs per head for 3 stations or so!
Even buses charge more nowadays.
Being a UNESCO World heritage site need not mean we stick to historical prices does it?
Maybe the locals could be given a pass and tourists can be charged more.

Most engines now run on bio diesel ( as against coal) but the smoke left us wondering. 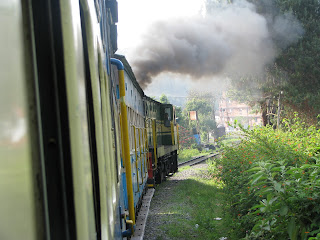