The learner's license and the visit to the tax office for an NOC proved to be pleasant surprises. So professional contrary to the dreadful stereotypes I had in mind of such interactions
I have completed the theory sessions and have moved on to the simulator at the driving school Trow is the theory exam - hope i pass:-)) I took a mock one on the web and found I did pretty well. ( 8 on 10) 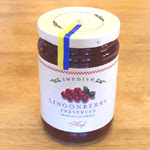 And yes i found lingenberry preserve here in Chennai at a place called Gourmet 5 off Cenotoph road- My mother makes brilliant cake with this as the magic ingredient in it.
Only thing i thought i was from Sweden but turns out it is from New york- so just not the same. I should have guessed when it was not priced that high.....this could explain it....
"The Swedish lingonberries are similar to but different from American cranberries. Swedish lingonberries are much smaller and deep red inside, not white inside like cranberries, creating a different preserve. Lingonberries are available fresh in North America only in the regions where they grow wild—Maine and Canada."
Posted by Artnavy at 12:42 PM

good luck with the test. never heard of lingenberries but does your mom do an eggless version of said cake?

btw as i type this n4 is on my lap, and she is pointing to pic below and saying 'anushka smile kar rahi hai'!!